Philip Morris Rocked by Proposal in India to Ban Tobacco Investment by Foreigners. 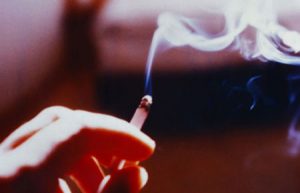 Philip Morris International has a fight on its hands as it attempts to keep its hold on the $11 billion India tobacco market, while the government takes into consideration making the rules tougher for foreign investments in the industry.

In letters to the India trade minister and a government think tank from Philip Morris, the company, based in the U.S. said the protectionist and discriminatory proposals would represent a big blow it the plans it has of launching new products and making further investments in the country.

The two previously not published letters were dated from May and October of 2016 and followed local reports in the media of a possible change in policy by the government. While the warnings might be how the firm negotiates, they show the level of concern these proposal have caused.

In 2010, foreign investment in the making of cigarettes was banned in India. However, it allowed the tobacco companies to make investments through licensing agreements and collaboration in technology.

Investments are able to be made through forming a new trading company.

During the last year, the India government has been trying to determine if they should stop these, in an attempt to safeguards the interest of public health, according to the unpublished documents and a senior official with the government.

The proposal had been discussed by the trade and health ministries as early as last April, according to a memo from the government dated on June 3

The cabinet of Prime Minister Narendra Modi will make the final decision on the different rules based upon the recommendations of different ministries.

Philip Morris first entered India during the latter part of the 1960s through its acquisition of a controlling interest in Godfrey Phillips India a company based in London.

It gradually lowered its Godfrey stake over a period of years in part because of regulatory changes.

Prior to the ban in 2010 on investments into making cigarettes, Philip Morris formed another new wholesale company with an investment company and Godfrey.

Under its current arrangement, Godfrey makes Marlboros while the trading firms of Philip Morris help to promote them. Those operations would not be impacted necessarily by the changes to foreign investment that are under consideration, as those changes usually do not affect previous arrangements.