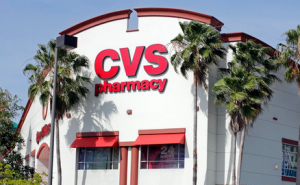 Health insurance behemoth Cigna announced earlier this week it was dropping its coverage for brand name EpiPens that cost $600, while drugstore chain CVS has close to halved the price of epinephrine auto injector Adrenaclick to just $109.

A Cigna spokesperson said the news was positive for customers, as the generic version is now available in pharmacies, has the same formulation of drugs and functions in the same manner as the branded device, but at substantial savings.

At the same time, CVS said it recognized an urgent need for an ephinephrine auto injector in the marketplace for patients that have allergies that are life threatening.

One watchdog for consumer rights said the two moves were just the start for competitors and insurance companies putting pricing pressure on Mylan, the maker of the EpiPen.

Cigna and CVS are looking past the big marketing tactics to ask why it is worth it to spend twice as much for a product that is the same, said one industry analyst following the CVS announcement.

The EpiPen became the center of a controversy over the increase in the price of drugs following a news report this summer that caused a national uproar as parents tried to cope with paying soaring prices for the auto injector.

Mylan has increased the prices over 400% for the EpiPen that staves off allergic reactions. That leaves patients that do not have coverage a bill of $607 to pay for a two-pack of the auto injector. The company has been increasing prices by more than 25% annually.

Following the public outcry last summer, the company offered a coupon worth $300 towards the purchase of the product for some of the customers who were affected, it increased programs devoted to patient access and offered its own generic version of the product at a reduction of 50% in price.

On Wednesday of this week, President-elect Donald Trump sent stocks in the biotech sector tumbling by 5% following a press conference where he made comments about the soaring pricing of pharmaceutical drugs.

On Wednesday night, the Senate, controlled by the Republicans, rebuffed 10 different amendments submitted by Democrats that were aimed at lowering costs of healthcare and improving overall access to healthcare.

Included in the 10 was a budget resolution that would lower the prices of drugs by allowing drug imports from Canada. The EpiPen in Canada sells for $290, and in the state-funded UK healthcare system it sells for only $69.