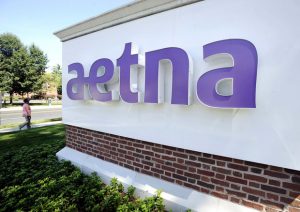 Another big hit was taken by the Affordable Care Act. Three days after the announcement by Wellmark Blue Cross and Blue Shield that it would not be selling new individual plans for health insurance in Iowa beginning in 2018, Aetna said on Thursday it will also stop offering new plans in 2018 for Obamacare citing a financial risk.

The decision by Aetna leaves Iowa with only two insurers that for now sell Obamacare plans.

Medica another insurer said that it had yet to decide if it was going to continue selling insurance plans in Iowa in 2018. Medica is the only insurer offering individual plans in every county in the state of Iowa.

Gundersen Health plan, a fourth insurer, said it currently plans to participate in Obamacare in Iowa.

Aetna said that is was still determining if it would sell its Obamacare plans in three other states where it is currently selling them.

Aetna has coverage on approximately 30,000 people across Iowa through the federal exchange for Obamacare, which is HealthCare.gov, according to sources in the industry.

Slightly less than 52,000 people in Iowa signed up to be covered during 2017 open enrollment for Healthcare.gov.

Wellmark has coverage on approximately 21,000 people in Iowa through the Obamacare plans. However, many of them bought the plans outside the federal exchange.

A spokesperson for Aetna said that the company informed the appropriate state and federal regulators that it would not be participating in the individual public exchange in Iowa in 2018 due to the financial risk as well as an outlook that is uncertain for that marketplace.

The other states in which Aetna sells Obamacare plans are Delaware, Nebraska and Virginia.

The Iowa situation has mirrored that of many other states in which insurers are considering if they will exit the Obamacare marketplaces.

Some insurers have become worried about the markets that remain where they have not made money due to too many clients with high needs in healthcare and not sufficient customers to offset those costs.

Wellmark said a loss over a three-year period of $90 million was to blame for its departure from the Obamacare market in Iowa.

Insurers have become worried about Obamacare’s future. In particular, due to leaders from the Republican Party in Congress not succeeding, as of yet in passing legislations to replace the healthcare law.

CEO of Wellmark John Forsyth said earlier in the week that finding the solution to stabilize the market was in everyone’s best interest.