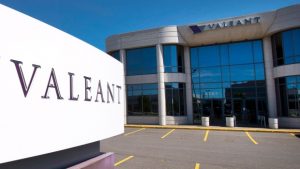 Valeant Pharmaceuticals International said that following its closing that was earlier than had been expected for the sale to L’Oreal of three skincare brands as well as the closing of its divestiture of a Brazil-based manufacturing facility, it reduced senior secured term loans by more than $220 million May 1.

In full, the company now has reduced its debt by approximately $3.61 billion since the end of the 2016 first quarter.

The pharmaceutical company continues moving towards its pay down expectations of $5 billion in debt from its proceeds from divestitures and its free cash flow within a period of 18 months since August of 2016.

Valeant has appeared in many recent research reports. On April 20, in one report that was issued a Wall Street analyst reiterated his rating of Hold on the stock, with a target price of $10, which has a possible upside of about 8% from where it currently is trading from.

In another report, another analyst said that that she is keeping a Sell rating for the stock and listed a target price of $8.00.

According to one research firm online, which ranks more than 7,500 bloggers and financial analysts as a way to gauge performance of past recommendations, the two analysts previously mentioned only had average returns.

Sentiment for most on Wall Street is neutral when it comes to Valeant stock. In a survey of 15 Wall Street analysts who cover this stock, 9 of them suggested a rating of Hold, while 3 suggested Sell and 3 recommended Buy for the stock.

The average price target for the next 12 months on the stock is a healthy $14.40, which amounts to a 56% upside from the current price of the stock on Monday morning.

The pharmaceutical industry has come under much criticism from U.S. President Donald Trump who claims the prices are extraordinarily high and that Pharma companies have gotten away with murder for too long. Trump wants to have prices lowered on certain medications that cost up $100,000 or more per year to use.