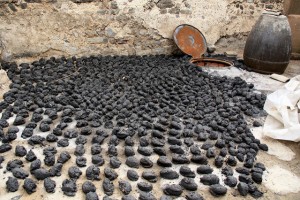 On Monday, the Democratic governor signed the bill that drops 56 cents/ton of severance surtaxes for coal and 4.7 cents/thousand cubic feet of natural gas.

Tomblin initially proposed that the bill be applied by July 1 or ‘earlier at his discretion.’ The money is said to help cover the state’s budget gap of $384 million for this year. In 2015, they were able to generate $64 million to help pay off the workers’ compensation debt.

In January, chief executive of one of US’ largest coal producers Robert Murray raised concerns about catching the attention of politicians regarding their “platitudes and lip service.” He requests state leaders to drop the severance tax on coal from 5% to 2%, as the industry has shed thousands of jobs recently while many producers have gone bankrupt.

“These government officials can no longer say that they support coal people in this state,” said Murray at the West Virginia Coal Mining Symposium earlier this year.

The chief executive suggests raising taxes on tobacco, alcohol and even natural gas production to make up for the tax break on coal. Murray added, “Natural gas is replacing coal generation. Should not their tax rate be examined?”

Despite the unstable price of oil and gas worldwide, extraction of natural gas continues to happen, especially in the Middle East.

In fact, different organizations and companies have teamed up to expand their oil and gas solutions in Iraq, which includes workforce aid. Some companies are able to actively engage more than 1,100 people at their extraction sites, where 75% of their workers are locals.

Their continued engineering and construction projects are a sign that the extraction of natural gas shows no signs of slowing down, despite news that there is an oversupply of oil and gas worldwide.

It has been reported that since February 12, the stockpiles of natural gas are already above the five-year average (26%) for the year 2016. The demand is also projected to slip further by spring, as temperatures continue to turn much colder, lowering the demand for oil and gas.

The average price of crude has dropped by 5% in the United States over the past two weeks, down to $1.77/gallon. The price is 56 cents/gallon cheaper than last year, according to Industry analyst Trilby Lundberg. Currently, the average gasoline price is at $2.07/gallon.

Tomblin’s bill is expected to lower coal revenue by $51.5 million, and $58.1 million revenue for natural gas set for 2017’s budget.