What’s next for the oil market as it reaches a critical point? 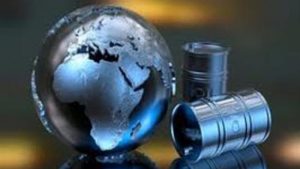 2016 has proven to be a stressful time for oil traders and producers alike. With prices hitting a 13-year low in February, this year proved to be the breaking point for many businesses in the industry.

As the months wore on, however, prices improved to $50 per barrel on rumors that OPEC would soon come to an agreement on a significant production cut.

After talks broke down several times, member states finally came to an agreement at the end of November, rallying West Texas Intermediate and Brent Crude to 52-week highs.

If you are a trader on a platform such as ETX Capital, you might be wondering what 2017 holds for oil markets. There are a number of factors at play that will affect prices over the next 12 months; below, we will discuss them in detail.

Prices will rise as OPEC production is curtailed

Of all the facts that you should consider when making buying decisions in 2017, the landmark agreement reached by OPEC members on November 30 should be the most important of them all.

According to the details of this deal, OPEC member states agreed to curtail production totaling 1.2 million barrels per day, starting in January 2017.

Not long after this accord was revealed, other major non-OPEC producers such as Russia agreed to make cuts as well, bringing the tentative amount of culled oil production to 1.8 million barrels per day.

Should this pact hold together, the proposed cuts will help to bring supply and demand into balance in a market that has been oversupplied by as much as two million barrels per day over the past two years.

However, some have expressed doubt whether this agreement will stand the test of time, as there has been a documented history of OPEC members cheating on production caps.

As prices rise above $60 and beyond, the temptation to abandon caps and engage in profit-taking by increasing production will rise along with it.

The agreement specifically exempted Libya and Nigeria from the cuts, as these countries are eager to refill government coffers after years of output disruptions.

Should the security situation improve in these nations, the effectiveness of the OPEC cuts may be lessened due to consistent and increased supply from these countries.

In addition to that, cool relations between Saudi Arabia and Iran may lead the latter nation to abandon the agreement in response to a diplomatic incident that may occur in the near future.

In spite of all these facts, many of these OPEC states are presently pumping near capacity, so there will be little room for them to increase production if they intend to break the terms of the November 30 agreement.

Energy investors got good news this past November, as the election of President Trump has begun a new era that is expected to see many energy industry regulations loosened or repealed.

The president-elect has nominated secretaries to the Executive Branch in recent days that have extensive ties to the oil and gas industry. The most prominent of these is none other than Rex Tillerson, a former CEO of Exxon Mobil, who has now been tapped for Secretary of State.

Other prominent appointments include Scott Pruitt, who has been picked to head the EPA, and Cathy McMorris Rodgers of Washington State, who has been nominated for Secretary of the Interior.

All of these picks possess libertarian attitudes towards regulation, which bodes well for an energy industry that has been tied down by red tape in recent times.

While a revitalized American oil and gas industry may have a moderating effect on further oil price increases later in 2017 and beyond, it will increase the market value of many companies in this economic sector, leading to gains for investors with significant interests in energy stocks.

The continued strengthening of the US dollar is another trend that oil traders should track as we move through 2017. After a long protracted recovery from the Great Recession of 2007 – 2009, the strength of the American economy has finally reached a point where the Federal Reserve has deemed it necessary to increase interest rates.

With the federal unemployment rate falling to 4.6% in November, the labor market hasn’t been this tight since 2006, leading to concerns that inflation will soon raise its ugly head.

Higher interest rates have historically led to an increase in the value of the American dollar, as this attracts investors seeking robust returns for their capital.

Since the world price of oil is set in American dollars, an increase in this currency’s value will make it more expensive for foreign buyers to purchase oil on the global market, which may have the effect of decreasing demand over time.

The production cuts proposed by OPEC will have a considerable effect on prices in the first half of 2017, as the removal of nearly 1.8 million barrels per day from markets will upend the current relationship between supply and demand.

However, prices may not behave as they have in the past, as the massive amount of oil in storage will have to be exhausted to a considerable degree before investors consider the world energy supply to be in a precarious state.

In addition to this, there are a significant number of shut-in oil wells that producers in the United States and Canada will uncap in the first and second quarters of 2017, should oil remain significantly above the $50 mark.

Unaffected by the OPEC production cut, producers outside this trading bloc will take advantage of profitable price levels as soon as they are seen to be sustainable.

What’s more, significant oil reserves in shale formations around the USA and Canada are just waiting to be unlocked as soon as prices settle above $55 per barrel.

With a backlog of partially-completed wells that were being built during the worst of the oil downturn, enhanced oil recovery techniques that were perfected prior to 2014 will be used to resupply the market in record time.

Combined with tepid global growth in demand, this will have the effect driving down or moderating prices in the second half of 2017 and beyond.