Southwest Wants to Fly Out of Long Beach 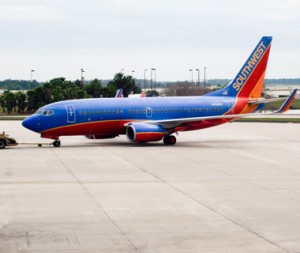 Southwest Airlines appears to have won access to the capacity controlled Long Beach Airport, located just outside of Los Angeles.

On Wednesday, the carrier announced both an interest and its application to add service from Long Beach, which would give the airline a fifth airport in the greater Los Angeles area and No. 10 in California.

The development has come as reports from local media say city officials in Long Beach are expanding the access for commercial passenger aircraft at the airport, opening up 9 new slots pairs to airlines interested.

A slot pair allows the carrier to add a single round-trip flight departing the airport.

A local daily in Long Beach reported that Southwest received four out of the nine that were available with JetBlue getting three and two going to Delta.

JetBlue and Southwest each applied for the complete 9 pairs, while Delta had only requested two from the start, said officials.

The news was confirmed as well from another local newspaper saying it had obtained a city memo from Long Beach that detailed the slotting process.

Long Beach will now notify the airlines which will need to accept or to decline the slots that were awarded them.

City Manager of Long Beach Patrick West said the city was in the process of drafting its letter for allocation award to each of three airlines and anticipates they will be distributed soon.

Southwest was the first airline that issued a statement to the public about the slots in Long Beach, indicating the carrier would need to exercise as much acquired rights to take off from the airport.

Gary Kelly the CEO at Southwest said in a prepared statement that Long Beach would be giving the airline another service point to help us fulfill the promise to connect customers in California not only to what is important but to where is important for planning vacation, business or personal travel.

The airline did not announce to where it might fly from Long Beach, which is 25 miles to the southeast of Los Angeles International Airport or LAX.