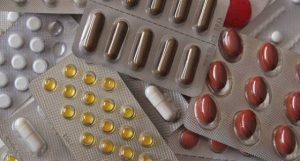 Jazz Pharmaceuticals has agreed to purchase Celator Pharmaceuticals in a deal that is worth approximately $1.5 billion, which represents a large premium for a business that has a promising drug for leukemia but still no revenue.

Jazz confirmed news released prior about the acquisition by saying it paid $30.25 per share in cash to buy Celator, a premium of 72% to the closing price the previous day of $17.52.

This is a huge price, even for biotechnology, where those who acquire companies often pay top money for new treatments that have promising potential.

Celator, not even three months ago, announced the positive results for its clinical trial of the leukemia treatment. Vyxeos, the treatment, has a goal of treating acute myeloid leukemia through using two drugs currently available but using a new formulation.

The CEO and chairman at Jazz Bruce Cozadd said that as Celator currently is preparing a submission to regulators in the U.S. for the approval of Vyxeos, the acquisition would add another orphan product with big potential for both short-term as well as long-term revenue, followed by a launch internationally.

CEO at Celator, Scott Jackson, said that the commercial and clinical expertise of Jazz Pharmaceuticals in oncology and hematology and its infrastructure internationally would help maximize the Vyxeos value as a treatment for patients that have AML.

A national newspaper reported on Monday that Jazz was closing in a new to acquire Celator said people near the situation.

The deal should close during the third quarter of this year.

Celator based in Ewing, New Jersey, released information during March that indicated the compound prolonged patient’s lives. That news raised the confidence of investors that the compound was receive approval and the share price of Celator increased over 400% in one day.

Subsequently, Celator sold more shares to raise more money that was needed to help bring to market Vyxeos, if it were approved.

However, some analysts question if the company, which does not have revenue would have sufficient money to do so.

Jazz has a $9 billion market value and close to $1 billion worth of cash at the close of business March 31. Formerly California based, Jazz acquired a foreign address for tax purposes with its acquisition in 2012 of a drug company based in Ireland.

That type of deal, known as tax inversion, has been popular amongst pharmaceuticals. However, Jazz for the most part sat out of the consolidation wave during the last two years, until now.