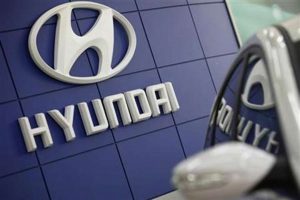 South Korea officials have ordered Hyundai Motor and its affiliate Kia Motors to recall over 240,000 vehicles due to safety defects that a whistleblower had leaked. This is a bad mark against the automaker that will only increase reputation problems with consumers.

This move is the first recall ordered by the South Korea transportation ministry for the two automakers, which resisted a request earlier to hold a voluntary recall, and it gives new credence to the allegations Kim Gwang-ho, the engineer for Hyundai for 26 years, made about vehicles.

The ministry also has asked Seoul prosecutors to investigate whether the two automakers covered up five flaws, which affected 12 models that include the Sonata, Elantra, Genesis and Santa Fe.

Previously the two automakers argued that the different flaws did not present any danger to driving safety. In a prepared joint statement the two on Friday said they accepted the transport ministry order.

The statement added that there were no reports of accidents or injuries due to the flaws, which included defects in the warning lights for the parking brake, and denied any type of cover up, had existed.

In the first case involving a whistleblower to hit the auto industry in South Korea, Kim made allegations involving 32 problems to regulators. The most recent recalls cover five of the 32 alleged problems.

Kim flew to the U.S. in 2016 to report lapses in safety to authorities and since then the automakers have issued recalls on a voluntary basis for 1.5 million vehicles across North America as well as in South Korea over a possible defect that could cause the stalling of engines.

An auto analyst in Seoul said the allegations made by the whistleblower were true.

He added that it was a negative for the brand image of Hyundai after taking a hit from the engine issue recall of a month ago. However, the automaker’s reputation is looked at as being at rock bottom and there does not exist much space for a bigger fall.

Both Hyundai as well as Kia are the two dominant brands in South Korea with the two holding a combined two thirds of the auto market.

Nevertheless, customer ire increased due to perceptions that automakers in South Korea have not been working quickly enough to address concerns over quality and safety.

The recall by Hyundai for the problem in the engine was made in April a full year after the automaker recalled vehicles for the same issue in the U.S.