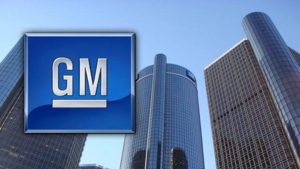 General Motors launched its car sharing service known as Maven on Monday in New York. The new service allows members to rent several different GM vehicles for any reason they need from an errand of 30 minutes to a road trip of multiple days.

Using the smartphone Maven app, members are able to see locations of the vehicles, reserve a pickup time and unlock then start the vehicle upon arrival.

Prices will vary according to the vehicle chosen but will cost approximately $100 for a Chevy Cruz for a full day. Maven will take care of insurance and leaves a card for gas inside the vehicle.

For now, members of Maven in New York cannot use the vehicles for side gigs like with Uber or Grubhub deliveries of food, since that needs a different type of insurance, said a GM representative.

However, that capability is likely to be available down the road. Maven launched a new and separate service recently known as Maven Gig. Located in San Diego, it allows drivers to rent vehicles to use for side jobs.

It also uses rental agreements in a number of cities for Uber and Lyft drivers.

GM is not alone in experimenting with these types of services. Daimler AG, the Mercedes Benz parent company, in 2008 founded car2go. It is currently operating in 27 cities across China, Europe and North America.

BMW has ReachNow a service of car-sharing that operates in New York, Seattle and Portland, Oregon. DriveNow, its larger service, is in Europe.

Toyota Motor announced a new partnership with Getaround based in San Francisco for car-sharing late in 2016.

Automakers must keep up with the changing needs and desires of consumer especially when it comes to mobility. It has been estimated that one of ten new vehicles sold by 2030 will likely be a sharing vehicle, which could lower sales of vehicles for private use.

By 2050, it is expected that one of three new vehicles would be for shared vehicles use.

For now, carmakers have said that car-sharing services continue to help them learn how and for what cars are being used.

For example, Maven was surprised that people rented the Chevrolet Bolt, an electric car, and drove it to Los Angeles from San Francisco, since it assumed electric vehicles would be used only for trips that were short because of charging concerns.