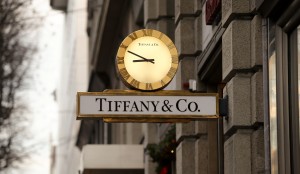 Tiffany & Co, the upscale jeweler posted a profit that was better than had been expected for its holiday quarter. The jeweler was boosted by increased prices and a benefit from lower costs of gold, silver and diamonds.

Stock in the jeweler, which became well known in 1961 thanks to the classic Hollywood film Breakfast at Tiffany’s, was up by 4% in Friday afternoon trading.

A weakness across the global economy along with a strong U.S. dollar has hurt Tiffany as well as other luxury retailers like Neiman Marcus, Macy’s and Nordstrom as tourists have shied away from purchasing items that are high-end.

The reluctance of Tiffany’s to offer any promotions have prevented it from attracting the local shoppers in search of deals, especially during the holiday season.

The jeweler warned it expected per share profit to drop by between 15% and 20% during the current three-month period and by between 5% and 10% during the second quarter, due to the trends the company sees thus far.

Nevertheless, earnings were expected to begin growing starting in the second six months of the 2017 year, said Tiffany’s.

The company said it would launch new products and has seen success with its recent new product launches said one analyst in the industry.

In addition, said the analyst, expectations had been low and the stock has taken a beating of late, suggesting that the rise on Friday in Tiffany’s shares was more of a relief rally following a drop of close to 18% over the last 12 months.

The gross margin at the jeweler increased during the fourth quarter to 63% from 60.7% for the same period one year before as labor, raw material and costs of marketing all declined.

However, sales dropped by 5.6% to just over $1.21 billion, which was the fifth consecutive quarter with sales declines.

Sales for stores open a minimum of one year dropped by 10% across the Americas, a bigger drop than 9.4% that analysts were expecting.