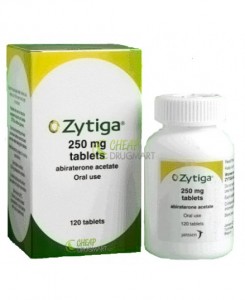 The National Institute for Health and Care Excellence or NICE issued its final guidance that recommended Zytiga made by Janssen for the treatment of advanced prostate cancer prior to chemotherapy.

The decision by NICE, follows the submission by Janssen of new evidence on the benefits of the drug.

This past December, Zytiga was turned down by the agency for patients who have not yet been given a chemotherapy schedule, after data initially submitted by the pharmaceutical company did not demonstrate a quality of life or long-term survival.

Janssen has since then submitted additional data from a study with a large number of patients that were treated with Zytiga across the U.S., which showed that 14% remained taking the treatment after over 4.4 years.

The NICE appraisal committee had been concerned if the results might be generalized to just the UK, but recognized that the new data supported a case for some patients receiving Zytiga for long lengths of time.

The current Zytiga list price is 120 tablets for £2,930 and NICE has said that the price was likely going to drop to just over £2,300 for the same amount of tablets by the time final guidance by the institute had been published.

Janssen agreed as well to rebate cost of any tablets that are required beyond the 10 months of scheduled treatment.

The Center for Health Technology evaluation director at NICE Carole Longson announced through a prepared statement that she was pleased that the recently submitted evidence meant the institute was able to given a recommendation to abiraterone.

She added that few treatments exist for patients at this advanced state of prostate cancer making this very good news.

The CEO at ICR Paul Workman announced that it was a big victory for the men in England who suffer from prostate cancer and means they will catch up finally with those in Europe, the U.S. and other places.