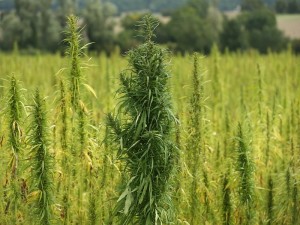 An experimental drug that is cannabis based has treated successfully children that have a rare type of severe epilepsy in a clinical trial that was highly anticipated. The news helped to double the value of GW Pharmaceuticals the maker of the drug.

The study of Epidiolex by GW for Dravet syndrome is the first of a four Phase III final stage epilepsy trials with the results expected during 2016, in which the drug maker is hoping will confirm therapeutic benefits of the active ingredient in marijuana known as cannabinoids.

On Monday, GW said the trial of 120 patients showed that patients who were taking Epidiolex had achieved an average reduction in convulsive seizures during each month of 39% in comparison with the reduction of 13% for those using a placebo.

The difference was statistically significant and the optimism over the future sales of the drug sent GW shares skyrocketing by 125%.

Justin Gover the CEO at GW said the results show that cannabinoids are able to produce clinical and compelling important data and will represent a promising new type of medications.

Due to the positive data, Gover said that GW would request at this point a meeting with the United State Food and Drug Administration and discuss plans to seek approval from regulators for the treatment of this type of epilepsy.

At the current time, no therapies for the treatment of Dravet syndrome have been FDA approved.

Epidiolex, which comes in a syrup that is child-friendly, is being tested as well in trials that are Phase III for another rare epilepsy known as Lennox-Gastaut syndrome. The results of that test are due during this year.

Analysts believe that the drug could see annual sales reach $1.1 billion before 2021.

In 1998, GW was founded with the goal of capitalizing on cannabis’ medical benefits, while also purifying its active ingredients to avoid any psychoactive effects.

Sativex is a treatment for multiple sclerosis made by GW. It is sprayed under the user’s tongue and is distributed by some market partners. It already has approval from regulators in over 20 countries but not in the U.S.

Bowlero vs. Its Competitors Head to Head Comparison