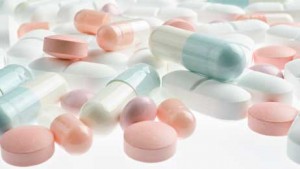 The treatment of excessive daytime sleepiness or EDS with JZP-110, a drug currently under investigation, has become a key goal for Jazz Pharmaceuticals. The company recently announced the start of Phase III trials on the efficacy and safety of the drug to promote wakefulness for patients with obstructive sleep apnea or narcolepsy.

Two studies of JZP-110 will include random, placebo-controlled, double-blind testing over a period of 12 weeks. The tests will be conducted at multiple locations, and rely for measurement on the Epworth Sleepiness Scale and the Maintenance of Wakefulness Test. An additional study will take place over a 52-week term. This open-label extension study will also test the safety and efficacy of JZP-110 for apnea and narcolepsy patients.

If approved, the new drug will join Xyrem, a sleep therapy that generated $212.7 million for Jazz in the first quarter of 2015. Growth in Xyrem sales reached 33 percent year over year in the same quarter, and the drug comprised 69.3 percent of the company’s overall net.

Patients who suffer narcolepsy have a chronic disorder in which the brain is unable to control the daily cycles of sleep and wakefulness. Prevalence of the disease has not been accurately measured, but research has estimated 1 out of every 2,000 individuals.

Excessive daytime sleepiness is the hallmark of narcolepsy, and results in sudden and unpredictable bouts of sleepiness. However, in addition to treatments like CPAP machines and wedge pillows, this drug could also be useful for chronic sleep apnea patients.

A majority of patients with narcolepsy also suffer cataplexy, a feeling of paralyzed or weak muscle function. The result for many narcolepsy sufferers is impairment of basic social and work function, along with a susceptibility to accidents, hazardous driving, serious challenges to education and employment, and chronic depression.

The other condition targeted by JZP-110, obstructive sleep apnea, is the most common form of sleep apnea and more common in patients who are middle-aged or obese. With this condition, frequent blockage or interruption of breathing takes place during sleep. When the muscles involved in breathing periodically relax, the airway is temporarily obstructed. Patients with obstructive sleep apnea have problems achieving restful sleep and are also prone to snoring.

Final approval of JZP-110 will add an important new sleep disorder medication to Jazz Pharmaceuticals lineup, a key consideration for any drug company when older, proprietary medications become susceptible to competition from generics. The company’s solid and steady growth has rewarded investors with good returns, and the shares remain attractively valued in a sector known for technical and medical innovation, high optimism and rich price to earnings ratios.

Jazz has achieved a double-digit growth rate over several years thanks to the revenues generated by Xyrex, which to this point remains the only drug with FDA approval for the treatment of excessive daytime sleepiness and cataplexy. Xyrex has contributed more than two-thirds of net revenue to the company despite restrictions on its use. The company limits the drug to those patients enrolled in the Xyrex Success Program, which dispenses the drug exclusively through a central pharmacy.

Like other drug companies, however, Jazz is subject to strong competition from companies that are approved to manufacture generic versions of drugs that lose their patent protection. Generic drugs are typically lower priced than the FDA-listed and patent-protected medications.

Ycash Trading Up 7.7% This Week

Xuez Price Up 12% Over Last Week

Analysts Expect Braskem S.A. Will Announce Earnings of $2.09 Per Share