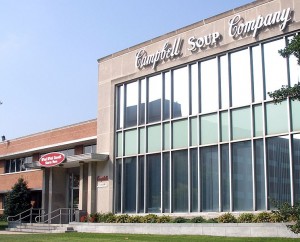 The Campbell Soup Company has announced that it is changing the ingredients in many of its soup products to better reflect the desires of consumers. The company is getting rid of ingredients that consumers today are shying away from. The company is hoping that the changes will boost sales. The number of units sold in the soup market has been slowing for some time now.

Changing the traditional recipes that it is known for is a big risk for the company. Many people have grown up eating Campbell soup, so changes in the taste of the products may turn some of these consumers off because it won’t taste as they remember. Campbell says that any changes they make will be carefully considered.

As an example, the new version of Campbell chicken noodle soup contains 20 ingredients, instead of the 30 listed for its previous recipe. It took two months of work for the company to reach a balance of ingredients that tasted the same or better than previous version. The last time that Campbell adjusted its chicken noodle soup recipe was 2011, when the company adjusted the spices and reduced the amount of beta carotene, a coloring agent.

Campbell makes most of its soup sales in the United States market. Campbell soup accounted for almost 75 percent of the $1.6 billion in condensed soup sales made in the United States last year. During the same time period, unit sales of condensed soup fell more than 5 percent. The company’s ready-to-eat soup business lost more than 5 percent of market share last year.

Soup sales peaked globally in 2012, rising to $16.2 billion. Since then, soup sales have stagnated, falling to $16 billion last year. Euromonitor, a consumer research firm, predicts that sales will continue to decline and will reach slightly more than $15 billion this year.

Campbell will be in contact with consumers on social media to disclose its plans and receive feedback about the changes. The company has been working hard in recent months to bolster its online presence. In the last year, 40 percent of Campbell’s advertising budget has gone to social media and digital advertising.