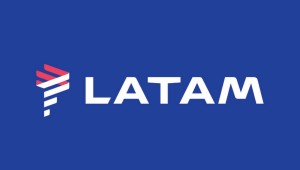 LATAM Airlines, headquartered in Chile has signed agreements for joint ventures to increase its ties to American Airlines and IAG’s Iberia and British Airways, which are all part of OneWorld Alliance in the airline industry.

If the competition authorities clear the joint ventures, the agreements will help each airline to coordinate schedules as well as prices for their flight, similar to agreements of revenue sharing in the North Atlantic that exists already between American Airlines and IAG.

Joint business agreements are a way airlines can help extend their individual networks in today’s industry where the foreign ownership regulations are often preventing outright mergers.

In Europe, mergers proved to be possible, such as the one with Iberia and British Airways that formed IAG. However, the big deals that are transcontinental, which have  seen pharmaceutical, auto and gas and oil industries participate, have not taken place amongst airlines.

Both the deals need regulatory approval for separate countries. LATAM and American will apply for an immunity from the antitrust law, and IAG said it would take 12 to 18 months before the agreement receives its green light.

Willie Walsh the IAG CEO expressed an interest last November in LATAM, when he said that deepening a partnership in a carrier in the southern hemisphere would be a hedge to the seasonal earnings of IAG, which are weighted heavily to the summer in the northern hemisphere.

An industry analyst said the agreement gives IAG and LATAM one third out of the overall capacity on routes from Europe into South America, and likely would result in revenue and cost synergies.

The agreements involving LATAM, which is the operator Brazil’s TAM airlines and Chile’s LAN, would improve the connectivity between the U.S. and Canada with South America, in American’s case and increases the number of options between Latin America and Europe in IAG’s case.

American Airlines CEO and Chairman Doug Parker said the their customers would benefit due to more convenient and more frequent options than carriers would be able to offer by themselves.