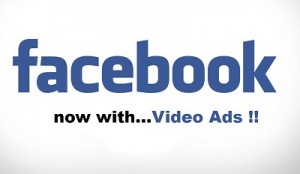 Facebook has gained more ground on YouTube, owned by Google, as an outlet for the big companies to market products through videos online, which is now the fastest growing Internet ads category, said a report on Monday.

The competition for viewers of video opens up another front in the clash between the two giants of the web that are already competing in other advertising types given the appeal they have to international as well as young consumers, said a new study.

Ampere, a research firm based in London predicts a new arms race in advertising between the rivals, who are close in terms of audience sizes with close to 1.4 billion monthly active users for Facebook and 1.3 billion for YouTube.

What this means is consumers are more likely to see additional ads, but also see a richer range of video programming.

The Internet is set to overtake advertising on TV in 12 important markets, representing 28% of spending in global advertising by 2017. Ad spending had been projected to reach as much as $531 billion in 2015.

Online video is growing faster now than any digital category rising by 33% during 2014 and is forecasted to grow more than 29% per year through the end of 2017.

These reports were released as Cannes Lions International week long advertising conference opens during this week.

One report says Facebook is morphed from a platform that most advertisers use for building general brand awareness to one has the ability to deliver advertisements that are pre-roll that marketing businesses prefer to make sure messages they make are actually being viewed.

At this time, YouTube remains a marketing platform that is more flexible offering its advertisers a complete range of ads for video which run prior to, during and after a video program has been shown.

Differences in formats of ads translate into the different rates the platforms on Internet are able to charges their advertisers, when the ad has been viewed. Facebook offers a model that is less advertiser friendly of charging once the first three seconds of the video are delivered.