Cisco Investing $2 Billion in India During 2015 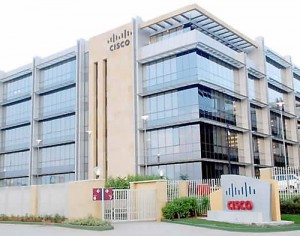 U.S. tech giant Cisco announced on Thursday that it has committed to manufacturing in India and is going to invest $2 billion this year into the country

The U.S. based company, which pumps over $1.7 billion each year, is investing another $60 million in the country for training and for expansion of its facility.

CEO and Chairman of Cisco Systems John Chambers said the company was investing big in India, and committing to manufacturing there. He added that the company needed to skill people there for the jobs and hopes to train another 120,000 by 2020.

When talking about manufacturing in India, Chambers said that in order to accelerate the development of the electronics manufacturing ecosystem of Cisco, the company would organize a group of its 76 key suppliers in February, to drive collaboration for product development.

It will take as many as six months to start its manufacturing in India because of regulatory issues.

Chambers is currently in India with Chuck Robbins who will succeed Chambers in July when Chambers becomes the executive chairman.

He has met with Narendra Modi the India Prime Minister and other senior government ministers during this trip.

Robbins said he and Chambers had met with the Prime Minister and expressed the support Cisco would give to fulfill the Digital India program. He said the company already invests over $1.7 billion annually in operations it has in India.

However, India is a very tiny part of the worldwide operations of Cisco, contributing in all about 1.5% of total revenue, said Chambers.

That figure however, has not been below what its expectations have been since 1995 when the company began its operations in the country.

This investment in India pales when comparing to the one in China, where Cisco is investing $10 billion. Both Cisco executives visited China prior to arriving in India.

However, Cisco has been in China even longer than in India and competitors such as Huawei have grabbed market share since the Chinese government started to promote the local companies of networking equipment following the revelations by Edward Snowden of the spying carried out by the National Security Agency.