Netflix in Talks with Wasu to Enter China 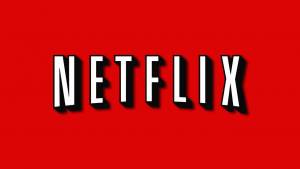 Netflix Inc has entered talks with Wasu Media Holding a media company based in China backed by Jack Ma, as well as with other possible business partners as it looks to enter into the $5.9 billion video online market in China.

Netflix has been holding talks with more companies than just Wasu about forming partnerships, according to a number of people, who requested anonymity since the talks remain private.

Netflix is planning to be close to global by the start of 2017 said one of its spokespersons when asked about a possible partnership in China.

If it enters China, it would give Netflix the broadcaster of Orange is the New Black and House of Cards, the opportunity to take advantage of, what has been forecasted as huge growth in the online television in the country of more than 1.4 billion. Estimates say the market will triple to more than 90 billion yuan before 2018, said on Internet consulting firm bases in Shanghai.

Shares of Wasu traded in Shenzhen were as much as 10% down during the morning trading, but reversed their declines and rose briefly to set a new record. The stock closed barely changed. In Frankfurt, Netflix shares were up 3.7% at midday.

A partnership locally is essential give the strict controls by the government of China over the licensing for content online. Netflix is looking for a partner that has the licenses for content across all devices including computers, tablets, set top boxes and mobile handsets, according to people with knowledge of the talks.

The regulatory agency for television had given licenses for Internet TV to seven Chinese companies of which one is Wasu.

California based Netflix is investing heavily in its original programming to keep its business growing in the U.S. and to support is expansion internationally.

There are many constraints to operating in China, said the company’s Chief Content Officers. The constraints in China are different from those anywhere else added the CCO.

The streaming service would have to sort out the regulations for content censorship with authorities in China.