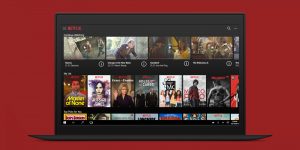 In 2011, Netflix had just 20 million streaming subscribers in the U.S. It is projected that this quarter it will have over 50 million equal to more than 50% of all households in the U.S. that have a broadband connection.

The number one question for many investors with Netflix has been if the company can achieve such a high penetration in the rest of the world as quickly.

In a new report released this week, one Wall Street analyst used the success Netflix has had in the U.S. to judge how it may play out on an international scale.

Twenty million subscribers were used as the baseline for the study. In the United States, Netflix reached that mark during 2011 and six years later the service of streaming videos is in nearly half of all homes that have broadband in the U.S.

Internationally Netflix reached 20 million subscribers at the start of 2015. The analyst stated it would be unrealistic to believe the streaming video company could reach half of the world by 2020 year end, but he does believe market penetration by Netflix could be as high as 17% of the worldwide market.

He believes that investors do not appreciate that potential yet and raised his Netflix target price for shares from $166 to $190. Stock on Thursday reached a record high of $163.70 after increasing 3.8%.

A big issue facing Netflix is its attempt to acquire and create content appealing to people across 130 or more countries, which is not an easy task. However, even though in many countries content that is aimed at a specific country is not that deep, it appears to be working.

The analysis by the analyst did not include any subscribers for China.

The company’s recent survey across several countries in Europe as well as Brazil, Australia and Mexico found strong interest in Netflix although just a few of the 130 plus nations where the streaming service is available were represented.

Competitive offerings internationally are less robust, therefore the potential for penetration into international markets, even with content that is lower quality and is less challenging than domestic penetration, said the analyst.