LeEco Cutting Over 70% of Staff in U.S. Amidst Pull Back 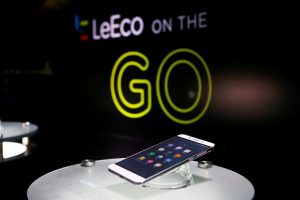 LeEco, the Chinese smartphone and television vendor has announced it will cut more than 300 of its jobs in the U.S. which represents nearly 75% of its U.S. workforce as the conglomerate streamlines its global operations following a shortage of cash.

The goals of cutting the workforce globally are to place more focus on the home market of LeEco and core television and online content business following an announcement by Jia Yueting the founder that expansion was too quick and too costly.

LeEco moved from video streaming to television sets, smartphones, electric vehicles and sports in just more than 10 years employing over 14,000 people worldwide as of late 2016.

In a prepared statement, LeEco said the breadth of its business model was capital intensive and that has made in more difficult the last few months to support each of its businesses.

Because of that, the statement continued, the capital the company does have will need to be focused, which will result in significant restructuring as well as streamlining of the business workforce and operations.

Earlier a global news agency reported that a person who has knowledge of the company’s plans said the U.S. workforce would be reduced to just 60 and that compared to approximately 500 when LeEco launched its formal operations in the U.S. back in October of 2016.

The job cuts will reach 325 the general manager for communications at LeEco announced including leadership high profile hires that formerly worked at Qualcomm and Samsung Electronics.

The communications manager did not specify what the remaining personnel would be but said one office will close in San Diego and company presence would be downsized in Los Angeles.

LeEco is headed by its founder Jia and has been pulling back overseas operations reducing costs in India, selling Silicon Valley property and pulling out from a deal to purchase Vizio the U.S. based maker of televisions.

Jia on Sunday told the media that cuts were to cut low-efficiency workers, from businesses that were non-listed.

Just this past October, Jia announced a new campus in North America was being planned and would house over 12,000 employees.

However, in November he announced that LeEco was suffering a cash shortage.

In March, LeEco agreed it would sell land that it had earmarked to build the campus on.

While the cuts in the U.S. are a strategy that refocusing on the market in China, businesses at home like sports and smartphones could be facing big cuts as well, said the individual with knowledge of job cuts planned for the U.S.