Shares at Radius Jump as Bone Drug of Amgen Has Setback 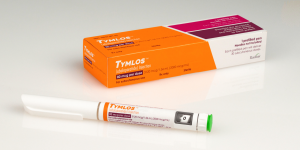 Late Sunday Amgen revealed that safety problems emerged in its clinical testing for an osteoporosis drug known as romosozumba (Evenity). The development will at a minimum delay the path of the drug to FDA approval, if not keep it from ever entering the market.

The company, based in Thousand Oaks, California said that while the drug met the main goal and some of its key secondary goals in the Phase 3 study of 4,092 patients known as Arch, it also showed there was an imbalance in cardiovascular serious side effects.

Approximately 2.5% of the patients receiving romosozumba had the serious side effects, in comparison to 1.9% who were on Fosamaz another osteoporosis drug. Amgen did not explain what the heart problems had been.

The study was one of two long, large Phase 3 studies that were intended to gain support for approval by the U.S. Food and Drug Administration for romosozumab and up to now, there was expected to be a final decision made by July 19.

However, Amgen said it no longer is expecting the medication to be approved in 2017. The FDA reviews the new data first prior to making its decision.

In one note, an analyst speculated that a potential approval might be delayed until the middle of next year or even beyond that.

The FDA is likely to convene its advisory committee for reviewing the data, another hurdle Amgen faces and likely place a number of restrictions on the use of the product if it gains approval at all, wrote the analyst.

The new disclosure represents a huge setback for the pharmaceutical company, which had chased Radius Health its big rival to win the approval of a drug for osteoporosis that can help to build bone strength rather than only prevent them from becoming brittle.

U.S. based Eli Lilly was the first pharmaceutical to market that type of medication when Forteo (teriparatide) gained FDA approval during 2002, and despite the high prices, and payers making a pushback on the price, its sales for 2016 alone were $1.5 billion.

Only now has direct competition emerged. The U.S. FDA cleared the drug from Radius Tymlos (abaloparatide) April 28 and the Amgen drug was expected to be the next.

Radius shares were up over 14% in trading before the opening bell on Monday on the news of the setback suffered by Amgen.

The medications are possible important options for patients with osteoporosis who are at a high risk of fracturing bones despite being treated with other medications.