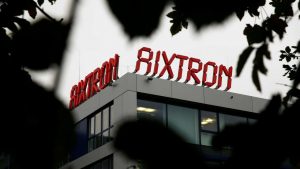 On Friday, President Barrack Obama moved to block a deal by a Chinese company to acquire a German based high-tech business due to national security grounds.

This is an unusual step that might make for more tensions between Donald Trump, his successor, and the government of China that is determined to make its capabilities in technology better.

The intervention in the bid by the Chinese company to acquire Aixtron a semiconductor company in Germany comes after companies in China have dished out billions of dollars to buy technology both in the U.S. and Europe.

Officials in the U.S. have increasingly tried to stop these types of deals, but companies in China have showed an increased adeptness in skirting the restrictions to build relationships that could one day lead to a far better access to technology.

A statement released by the U.S. Treasury Department says the White House blocked the purchase of Aixtron’s American portion of the business because it posed a risk to national security related to military applications due to the overall technical body of experience and knowledge of Aixtron.

It was not clear if other parts of this deal were salvageable. Officials at the chip company in Germany and its Chinese buyer, known as the Fujian Grand Chip Fund did not release comments about the ban.

By rejecting this deal, the White House administration showed the lengths to which it would go to make sure China does not use its money to acquire from the West sensitive technology.

It blocked technology purchases previously made by the Chinese, but only indirectly, using an advisory panel of intelligence and government officials who are able to only discourage but not kill, foreign deals.

This same panel expressed earlier its skepticism over the deal for Aixtron.

Last year, the U.S. represented over 20% of sales for Aixtron and close to 20% of its over 700 employees are located in the U.S.

The indirect form of strategy kept Obama from appearing as if he were an opponent to free trade, especially when the company doing the acquisition is not American, and helped to soften any possible response out of Beijing.

However, Aixtron and its buyer from China tested the strategy by moving ahead despite concerns made by the panel and forced the U.S. President to act.

The cancellation by Obama sets a much stronger tone as Trump is preparing to take residence in the White House.