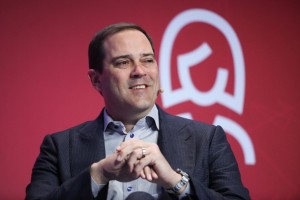 Cisco has continued its buying spree Thursday as it made the announcement that its acquiring chip designer Leaba Semiconductor based in Israel for a price of $320 million.

Cisco sees the acquisition as a means of bolstering its offering of hardware with highly advanced technology of chips.

By combining the semiconductor expertise of Leaba, with the engineering team at Cisco, plans will be accelerated for the next generation portfolio of products at Cisco and it will bring new capabilities into the market quicker, said Cisco through a spokesperson.

When this deal closes, the team at Leaba will report to Cisco’s Core Hardware Group that is led by Ravi Cherukuri a senior vice president.

The company does not actually even have a product yet, said one research firm on the net. The firm said the first product has yet to be completed.

This is not the first time that Leaba’s founding team launched and sold a chip production business that was cutting edge, according to Globes, a business publication based in Israel.

The founder team consists of Eyal Dagan the CEO and Ofer Eini the CTO and it sold Dune Networks in 2009 for $178 million to Broadcom.

The news on Thursday came just a day after Cisco announced it was acquiring CliQr, a hybrid services management cloud platform for the price of $260 million and about one month after the announced of the acquisition of Jasper Technologies for the price of $1.4 billion.

Cisco however is tiptoeing a fine transformational line with this. The purchase pattern has suggested the company is attempting to pivot away from its roots of networking hardware to a service centered business as the acquisition of Jasper Technologies and CliQr would suggest.

Similar to IBM, Cisco has been looking to the future in an attempt to use a huge cash hoard to make purchases that are strategic to help speed up transition.

However, it is not completely ready to date to give up on its hardware roots completely.