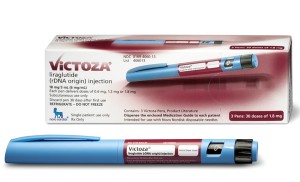 Novo Nordisk announced on Friday that people who have type 2 diabetes and take Victoza are less prone to have a major cardiovascular adverse event, according to a large study that looked at data from over 9,000 people over a period of 5 years.

However, results appear to indicate that taking Victoza can help people with diabetes control their levels of blood sugar and lower their risk of having an adverse cardiovascular event.

Thomsen said the findings had been obtained from the longest and largest clinical trial conducted by the laboratories at Novo Nordisk.

LEADER is the longest and largest clinical trial to date at Novo Nordisk and the company looks forward to sharing all the detailed results with the world medical community and submitting those same to regulatory authorities, said Thomsen.

The detailed results are not available until June 2016, but researchers said the team investigated cardiovascular safety of the medication over period of five years in over 9,000 adults that had type 2 diabetes.

Currently type 2 diabetes is a big worry for physicians in the U.S. The Center for Disease Control said close to 27 million people have diabetes that are type 2 in the U.S. and eight million are not even aware they have the disorder.

That are another 86 million people pre-diabetic, which means they might develop diabetes in the future, if their eating habits as well as exercise routines are not changed right away.

The CDC said it is recognized widely that rates of heart disease are twice as high amongst those with diabetes.

The Denmark based healthcare company on Friday presented its earnings for the 2015 fourth quarter. Results appear to show that revenues increased during the quarter 2.3% compared to the same period one year ago.