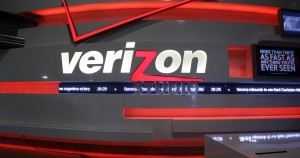 Verizon recently launched its go90 mobile video service, which lets consumers anywhere in the country watch video on their smartphones. The service was launched in September as a free, ad-supported mobile video service. Verizon is dedicating a considerable amount of resources to the effort. The company has hired thousands of people to work on the project at its facility in Silicon Valley.

Verizon’s mobile video service will provide mostly short-form programming but will have some long-form programming available as well. Verizon has been striking deals over the past few months to build a catalog of exclusive and non-exclusive video content for the service. The service now includes everything from sports to Comedy Central shows.

The company says that it will not be revealing the users numbers for the go90 mobile video service until next year. However, McAdam said that the numbers are higher than the company’s internal projections. Google’s YouTube, Facebook, and countless other media companies and start-ups are also setting their sights on the streaming video market. These companies are seeking their share of the tens of billions of dollars in advertising revenue available in the industry.

It’s no secret that the traditional cable TV business is in trouble. Millennials are cutting the cord for cable TV in increasing numbers as many don’t see a need to pay for dozens of TV channels that they won’t watch. Verizon CEO Lowell McAdam thinks the 300 channel bundle is going to continue to break down. Many believe that streaming video will become the new standard for television viewing.

Verizon also says that increased availability of high speed wireless service will make video streaming more attractive to consumers. The company’s high-speed 5G wireless service rolls out in trials next year. The goal is to roll out the service across the nation in 2017.