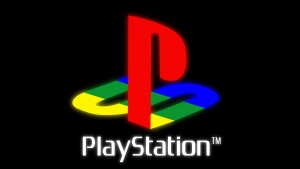 The PlayStation 4 popularity is bolstering the long term confidence at Sony for its games console after sales surpassed 30 million units in November.

The PS4 is the fastest selling console for home use ever, exceeding the PlayStation 2 early sales, which went on to sell the most units of any other during its 12 year lifespan.

Sony Computer Entertainment CEO and President Andrew House said that this past weekend he expected the PS4 would match or outpace the sales of the PS2 in its first five years.

House added that the company has seen is most successful ever Black Friday and they are now benchmarking the sales against the PS2 or exceed them if possible.

The sales performance of the PS4 has been helped by the growth in its new markets such as China and the Middle East, after a ban of 14 years for the sales there was lifted this past March.

Germany is now the largest console market for Sony across Europe for only the first time, as games are switching more and more to the PlayStation from the PCs.

The company has remained ahead of its competitors like Nintendo with its Wii U and Microsoft with its Xbox One partly due its partnerships of exclusive content with the leading makers of games.

That includes a deal with the largest games maker in the world Activision Blizzard for the launch last month of Call of Duty.

Those kinds of deals have added to the popularity of the PS4 with its hard-core gamers.

Although the PlayStation Vita a portable version had not done well, the home console of Sony’s had outperformed the expectations of many analysts given the huge growth over the past few years in mobile gaming.

House said the rumors of the console’s demise the past few years have been greatly exaggerated.

An online researcher IHS predicted in November that the customer base for the PS4 would not surpass 100 million units for another five years, but now the thought is that that level would be reached before the of 2018.