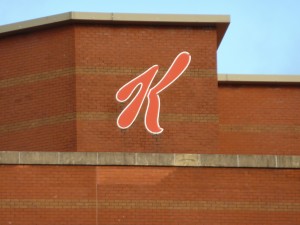 Kellogg is branching out in the ever-expanding breakfast market, focusing on new products to attract more customers. The move comes in the midst of continual sales declines of its cereal products. Instead of trying to convince customers to return to cereal, it is reimagining cereal as an ingredient in other dishes. Kellogg is currently the world’s largest cereal company.

To further this effort, Kellogg is teaming up with well-known chefs and culinary figures for its ‘Stir It Up’ campaign, launching next week. These chefs have been tasked with inventing new ways to use Kellogg’s breakfast products. Announced partners in the program include Master Chef judge Christina Tosi and Youtube chef Angel Wong. With the Stir It Up campaign, the focus is on the quality of the product and how cereal can be prepared in different ways.

Kellogg’s cereal business is on shaky ground. The company’s morning food business declined 5.5 percent in the first quarter of last year. It was the fourth consecutive quarter of sales decline for its breakfast foods. The company still hasn’t posted sales gains in the category a year and a half later.

Cereal sales fell 5 percent from 2009 to 2014. It is a worrying trend, as more Americans are eating breakfast than ever before. Cereal used to be the only breakfast option, but now there are many products vying for a share of the breakfast market.

The new campaign will not be Kellogg’s only attempt to reinvent cereal for the masses. The company is also releasing products that are intended for consumption outside of regular breakfast hours. Recent reports have indicated that more than 30 percent of cereal sold today is consumed outside the breakfast occasion. Several years ago, the number was just 20 percent.