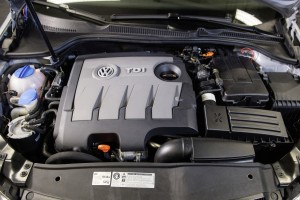 The number of Volkswagen vehicles whose carbon emissions were understated is far less than first feared said the German automaker on Wednesday.

This provided some relief for VW as it continues battling a wider scandal of diesel emissions that affects some 11 million vehicles globally.

Volkswagen has announced that only approximately 36,000 vehicles are affected, which is far fewer than the original estimate of 800,000 for which the automaker said in November it had made an error by understating the emission of CO2 and at the same time fuel usage.

The crisis at the largest automaker at Europe initially was focused on software in its diesel vehicles of which it was admitted by VW that it understated real nitrogen oxide emissions.

On November 3, the carmaker said that fuel consumption as well as CO2 emissions had been falsified in gasoline powered cars sold for the most part in Europe.

It announced a cost estimate of a minimum of $2.2 billion

Volkswagen added that earnings had been negatively impacted which was confirmed in its latest earnings reported. It added that whether the minor economic impact will occur depends upon the re-measurement results.

One industry analyst in Europe said that the scale of problems at VW appear to be on the decline. The supervisory board at VW is meeting Wednesday with state investigators to discuss where the investigations are into these malfeasances.

It will hear as well from the top Audi executive over the steps that are planned to fix the diesel cars of that luxury line that are fitted with software that was found to enable the vehicle’s engines to evade emission limits set in the U.S.

Consumers have shied away from making purchases due to the cheating of CO2 emission said an analyst adding to already falling car demand in Latin America and China.

One industry financial expert predicted that the global sales for the group would fall by up to 4% in 2016.