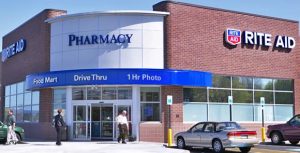 Drugstore chain Rite Aid said reductions in drug costs would be short of their expectations in the short term.

This week the company said it was not able to offset the pressure due in large part to efficiencies in drug purchasing that did not reach expectations, John Standley the CEO said.

Standley added that the drug cost reductions would continue to remain short of expectations of the company during the short term, but the pressure would lessen during the second six months of the year.

The third biggest chain of drugstores in the U.S. agreed in October of last year to merge with Walgreens Boots Alliance, the current No. 1 in a deal worth over $17.2 billion.

Rite Aid said it is expecting the deal, which antitrust regulators are scrutinizing, to close during the second six months of 2016.

Sales at its established stores were up by 0.4% during its first quarter in comparison to the same period one year ago. On that particular basis, pharmacy sales were up 0.1% as the amount of prescriptions filled increased by 0.6%.

During February of 2015, Rite Aid entered into an agreement to purchase Envision Pharmaceutical Services a pharmacy benefits manager for $2 billion.

Revenue in the larger retail pharmacy portion of Rite Aid was higher by 0.4% to over $6.7 billion.

The chain, like rivals, has adapted its products to broaden its overall business model as the drugstore and pharmacy industry expands into the health as well as wellness sector.

During the recently ended quarter, Rite Aid added two additional RediClinics and now has 80 in all and remolded 79 of its wellness stores, which offer natural personal care and organic food options and feature rooms for consultation for talks with the pharmacist.

Rite Aid posted a $4.6 million loss or break even when considered on the basis of per share, in comparison to an $18.8 million profits equal to 2 cents per share for the same period one year ago. Excluding special items, the adjusted earnings per share dropped to one penny from its 2 cents last year.