Consumer Prices Rise as Rents Move Up in U.S. 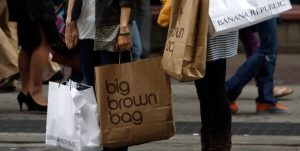 The U.S. cost of living excluding fuel and food rose during May, driven by the rising costs of rent.

The core measure as it is called of the consumer price index was up 0.25 during May, the same as it was during April, a report on Thursday from the Labor Department showed. The broader overall measure of consumer prices was higher as well by 0.2%.

Policy makers in the Federal Reserve project a strengthening of demand as well as more stable costs of energy and less appreciation of the U.S. dollar will give more businesses the opportunity to regain their pricing power over the upcoming months.

The Fed officials, who voted Wednesday not to change interest rates, said they are expecting inflation to move closer to their goal over the medium term.

A separate Labor Department report showed that jobless benefit applications law week were up 13,000 to a high for one month of 277,000. This increase was led by Pennsylvania and California and might have been the result of a difficulty in making an adjustment in the data due to Memorial Day and school vacations, said a spokesperson from the government.

The forecast from economists surveyed projected that consumer prices would increase by 0.3% during May.

The gauge has increased by just 1% during the 12 months that ended during May following an advance year over year of 1.1%.

The core measure CPI, which excludes the volatile fuel and food costs increased by 2.2% from May of 2015, after increasing by 2.1% the prior period of 12 months, matching economist’s forecasts.

Shelter costs, those that included rents as well as hotel rates, were up 0.4% during May from the month before, the largest increase since February of 2007.

Rents were up 0.4% during May. Over the last 12 months, more than 60% of the core consumer price increase has been traced back to the cost of shelter said the Labor Department.

Costs of energy were up 1.2% from April showed the report, while prices of food dropped by 0.2%.

Medical care costs were up 0.3%. The readings often vary from the results for this particular category within the preferred measure of the Fed of inflation, the core PCE deflator tied to consumption.

Economists attribute that discrepancy to different types of methodologies.

The preferred gauge for inflation of the Fed the personal consumption expenditures from the Commerce Department, has not near the Central Bank’s goal of 2% since April of 2012.

Next »
Rite Aid Posts Sales and Profit That Miss