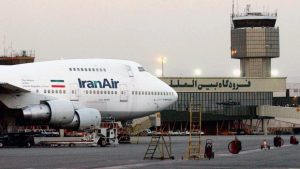 Boeing announced that it signed a landmark agreement with Iran Air to sell the airline new jetliners. This is the first major new deal between a company based in the United States and Iran since the sanctions related to the Islamic Republic’s nuclear program were lifted during the early part of 2016.

Boeing did not say the number of aircraft that were part of this deal, but the state media in Iran said the flag carrier of the country would be receiving 100 new aircraft for their fleet.

The new planes will help to modernize the fleet that is amongst the oldest as well as most dangerous anywhere in the world.

However, the agreement needs to be approved formally by the government of the U.S. The deal also faced other possible problems related to the sanctions the U.S. still has in place following the deal struck by Washington, other world powers and Tehran back in January.

The accord eased oil-related and financial sanctions allowing for the sale of parts and passenger aircraft on a case-by-case basis to Iran.

However, the primary trade embargo the U.S. has targeting the Islamic Republic remains intact. Amongst other things, the embargo denies banks in Iran the ability of clearing dollars through New York in addition to doing business with financial institutions in the U.S., which could make the financing of the deal complicated.

Sanctions covering human rights, terrorism and military technology also are still in force. All together, they affect a broad range of different industries including aviation.

On Tuesday, Boeing said that the government of the U.S. had authorized it to negotiate with Iran Air and it would continue following the lead of its government.

Boeing added that all contracts with airlines in Iran would be contingent on receiving the full approval of the U.S. government.

Boeing is not the only manufacturer that is capitalizing on the large number of new orders of aircraft by Iranian airlines. Iran Air already has announced it entered into a huge deal with Airbus, Boeing’s biggest rival, for the purchase of 118 aircraft.

A number of different industries around the world have started to take advantage of the lifting of many of the sanctions placed by Western nations against Iran.

Often times, companies have returned to open business inside Iran after shuttering their business when sanctions were placed originally over 10 years ago.