Walgreens Beats the Street on Earnings 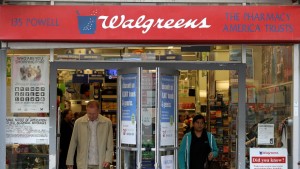 Walgreens Boots Alliance Inc has beaten earnings estimates of analysts for its earnings during its fiscal first quarter, as a strong trend in prescription drug made up for a slump in retail that continues plaguing the business.

Walgreens has renovated many stores in an attempt  to draw shoppers in with a better overall experience and more products that are high end.

In the U.S. the chain’s largest market, retail at same stores contracted 0.6% during the first quarter of the current fiscal year in comparison with the same period last year. Its less than stellar figure has not kept up with the gains in the prescription drug sector of the company.

Earnings, excluding items that are one and off reached $1.03 per share, compared to estimates by analysts of 96 cents per share.

That said Walgreens was due primarily to the reduction in promotions that were unprofitable and the transitioning from one season to another and away from the holiday decorations towards the higher quality items that are good gift items.

The pharmacies in the U.S. filled more than 231 million prescriptions during the quarter, which was up over 4.1% from 2014.

Total sales reached $29 billion, which was 49% higher from the same period in 2014, which is due to its merger with Alliance Boots in December of 2014.

Share were up in early Thursday trading by less than 1%, prior to the opening bell, Stock futures in the U.S. show a lower opening due to a drop in both Asian and European markets.