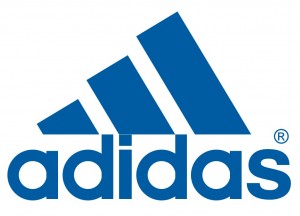 Adidas AG posted a net profit for the first quarter that was 8.2% higher on its improved performance of its namesake and its Reebok brands with strong sales in the United States along with other markets, which relieved pressure that management has experienced of late.

Adidas’ net profit during the three-month period ending March 31 was up to €221 million equal to $246 million from last year’s €204 million during the same period. The results were slightly less than expectations of analysts of €234 million. Adjusted for effects of currency, Adidas sales in the first quarter were up 9% to more than €4.07 billion.

The earnings boost in the quarter was timely for Herbert Hainer the CEO at Adidas, He said he was proud of how quickly the company rebounded from a challenging 2014. Our business he added was in great shape.

The sporting goods maker has experience investor pressure since it issued a number of warnings on profit and admitted it would not meet its 2015 financial targets.

Some investors pushed for the resignation of Hainer but he would not budge. When he was confronted with the poor performance of the company and whether he would leave earlier from his position, he replied repeatedly that his contract ran through 2017.

North American sales, which have been a sore spot for a number of years for Adidas, were up 7%, excluding an impact from currency.

The company has struggled to regain a once dominant position it held in the U.S. falling behind Under Armour the newcomer on the block to No. 3 in retail sales in the U.S. in footwear and sports apparel.

Last year in April, Adidas hired Mark King a company veteran to turn its division of North America around.

The new strategy at Adidas for North America including increasing its presence in Los Angeles and New York, focusing on sports in the U.S. and running campaigns of marketing every quarter for the past three years.

The company also announced it was not renewing a partnership it has had with the NBA that expires in 2017.