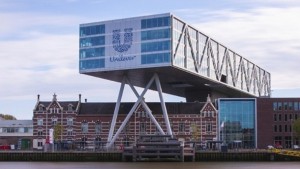 Unilever posted sales growth for the first quarter in line with expectations as the maker of consumer goods battled lower prices and dwindling demand for certain products around the world.

Underlying sales were up 4.7%, said Unilever on Thursday, compared to an estimate by analysts of 4.6%.

Growth slowed down from the fourth quarter of 4.9%, as the Axe body spray and Dove soap maker struggled with less volumes and today’s deflationary environment that made it difficult to increase products.

CFO Graeme Pitkethly while on a phone conference said there exists a mixed pricing environment across the globe, making it very important to place focus in volume and not on price.

Europe has become highly competitive because of heavy discounting from its rivals and its prices are lower than historical averages across Asia.

Pricing was up 2% during the quarter, which was below the 2.4% increase projected by analysts.

Unilever along with its rivals like Nestle are getting hurt by North America and European deflation for products like margarines, soup mixes and beverages.

To mitigate the problem, CEO Paul Polman has pushed out new deodorants as well as shampoos that are higher margins.

He has also appointed new leadership to reinvigorate its spreads business that is struggling and has seen its sales continue to decline for a number of years.

Volatility in currency in its emerging markets has not helped either, as the power of consumer spending in countries such as South Africa and Brazil has been hit by the decline in local currencies against the euro.

Unilever receives close to 58% of its entire sales from regions that are developing, and fluctuations in foreign exchanges cut 7.1% off the revenue of the company, which dropped 2% to €12.5 billion missing analysts’ estimates.

One analyst said that the biggest negative factor that was bigger than originally anticipated were currency fluctuations.

Unilever shares dropped by 0.6% in midday trading in Amsterdam and were changed little in London. In Zurich Nestle was up 2%.