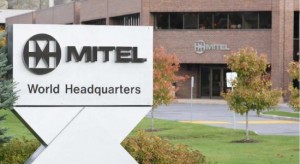 Mitel Networks agreed to purchase Polycom Inc in a close to $2 billion deal that includes both cash and stock pushed on by activist investors Elliott Management to spur on consolidation in the industry of telecom-equipment.

In October, the activist investor disclosed it had a stake of 6.6% in Polycom and a stake of 9.6% in Mitel. The investor urged both companies, which sell equipment for videoconferencing and other hardware to companies, to explore the merger.

The new merged company will be in Ottawa, the home of Mitel and have close to 7,700 employees across the globe. It will be operating under the name Mitel but maintain the brand Polycom.

Under this deal, stockholders of Polycom will be given cash of $3.12 per share and 1.31 shares of Mitel for each share of Polycom.

Based upon the close of business on Thursday, the deal gives Polycom a value of $13.44 per share. On Friday, shares of Polycom dropped by 2% while Mitel was down over 9.5%.

Elliott in 2015 proposed that the bigger Polycom pay from $1 billion to $1.2 billion to take control of Mitel, but to move its headquarters to Ottawa from San Jose, California as a way to lower their overall tax bill.

These types of deals are called inversions and have drawn a great deal of criticism after a number of them sent U.S. companies packing to a new tax domicile, but through lowering costs they have been able to springboard for aggressive bids to scoop up their rivals.

Richard McBee the CEO at Mitel, who will keep his role, announced during an interview that the deal was on the company’s radar for at least three years.

On Friday, during an investors call, Mitel executives said repeatedly that this deal was not tax driven and the inversion rules here do not apply for this type of transaction, but there should not be any further regulatory issues.

The estimated cost savings for the companies’ are based upon operating synergies and not tax, and continue to assume a tax rate of approximately 20% for Polycom.