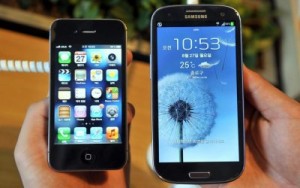 Apple Inc has won a ruling by a federal court that might force South Korea based Samsung Electronics to stop the use of some features in its Galaxy older model smartphones as well as tablet and give the maker of iPhones a better leg up in the dispute that has gone on for four years.

An appeals court announced that Apple was entitled to an order that prevented the device maker based in South Korea from using the slide to unlock, quicklinks, autocorrect features.

The ruling otherwise eliminates the patent rights for inventors on certain types of features in devices that are multi-component, said the Federal Circuit Court of Appeals, in an opinion that it posted on its docket online.

The decision likely will have some consequences that are far reaching in how disputes become resolved when it comes to devices that are complex, and help owners of patents limit their rivals from copying.

The right to block use of an invention becomes a powerful tool that raises the price tag when one is negotiating settlements.

One analyst said the precedent was very important for Apple and any other company that seeks protection differentiation of its products. This broadens the moat in the U.S. and thus it is more difficult for any new entrants to enter the market in the U.S. and rip off features that are Apple’s, the analyst added.

Samsung in a prepared statement said it would be asking that this issue be considered by all the active Federal Circuit judges, since it was not a unanimous decision. The court is the one that handles all appeals of patents.

The maker of iPhones has gained new firepower with its fiercest rival when it relates to resolving a fight that started back in April of 2011.

A past settlement by Apple with HTC included a provision of no cloning that ensured that HTC’s smartphones would not look similar to Apple’s iPhone, and the ruling on Thursday helps other makers do the same, such as Xiaomi from China that wants to enter the market in the U.S.