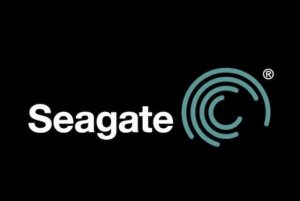 Seagate Technology will eliminate approximately 6,500 jobs across the globe, which is equivalent to about 14% of its overall workforce, it announced on Monday.

The company has announced in June that it was cutting 1,600 jobs that equaled 3% of its workforce. That cut was said to take place prior to the end of its September quarter as a way to cut costs.

However, the most recent job cut announcement suggests the company is feeling the need to lower costs even further as its hard disk drives continue to battle in a PC market that remains sluggish amidst the emergence of devices with flash storage.

The latest cuts are in addition to the ones the company announced in June. This move by Seagate comes even though the company revised its preliminary financial data upwards for its 2016 fiscal fourth quarter, which ended July 1.

The company cited demand that was better than had been expected for hard disk drives.

Seagate is now expecting to post revenue of approximately $2.65 billion for its fiscal fourth quarter versus $2.3 billion that was forecast earlier.

Seagate announced that it is expecting to post HDD shipments that reached 37 million for its quarter with an average sales price of $67 per unit.

The positive forecast of results is just a preliminary figure for its fourth quarter and nothing more, said a company spokesperson.

As in previous public filings that the company has communicated, it remains committed to lowering its global manufacturing footprint in accordance with the macroeconomic conditions over the long term and to lower overall demand levels, added the spokesperson.

The cuts in workforce should be completed before the end of the 2017 fiscal year end. The focus of new cuts is reducing the manufacturing footprint of the company, said the same spokesperson.

The majority of manufacturing operations for the company are spread across Asia, but the company has others facilities dedicated to manufacturing in the United States and Europe that will also be affected, the spokesperson confirmed.

Research firm IDC reported Monday that the PC market dropped year on year by over 4.5% during the second quarter of 2016 to end the quarter at 62.4 million, but the drop was less than forecast earlier of 7.4%, because of growth in the market in the United States.