Intel Cutting Up its Atom Chips 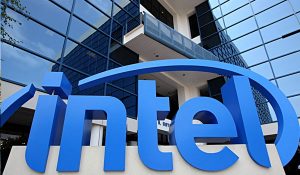 Intel could be preparing to exit the tablets and smartphone market wasting billions of its dollars already spent trying to expand each of those markets.

The company has cancelled its Atom chips, code named Broxton and Sofia, for mobile devices, confirmed a spokesperson for Intel.

These products are the first that have been put on the chopping block in Intel’s plan of reshaping its operations after it announced plans earlier in the month to eliminate over 12,000 jobs.

Resources that were dedicated originally to Sofia and Broxton chips have been moved over to products which can deliver a higher return and advance company strategy, said the Intel spokesperson via an email.

The mobile chip Intel roadmap currently has a huge hole after the chips were cancelled. Intel’s existing chips for table and smartphone-only are aging and are in need of upgrades, and no new replacements are in the pipeline.

Sofia is shipping already while Broxton was due for shipping in 2016, but was delayed.

Intel has started phasing out the Atom X5 line of chips for tablets known as Cherry Trail, which will be replaced by Celeron and Pentium chips known by the Apollo Lake code name, that are more aimed at hybrids than just the pure tablet.

Many makers of PC already are choosing the Skylake Core M Intel processors over the Cherry Trail for PC-like and hybrid tablets.

Intel does not look at tablets as a market on its own any longer, with the form factors merging quickly. The chipmaker will continue to support current tablet customers with its existing chips, said the spokesperson.

Some products at Intel were ready to be axed after the company said it was reviewing its projects and product lines while restructuring its operations.

The company already has deemphasized its PC business, which was always its bread and butter business.

Billions of dollars was poured into the Atom, but the company could not unseat ARM the market leader. Atom is only available in a few smartphones and the market for tablets is shrinking.

Makers of PCs are replacing their tablets with hybrids and detachable devices.