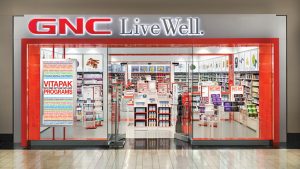 GNC Holdings, the health-supplement and vitamins chain that has more than 9,000 stores might be trying to sell itself.

GNC announced that it hired Goldman Sachs as well as a law firm to advise it on financial and strategic alternatives, according to a company statement released late Monday.

The review is to look at the current plan of the company, along with other strategies like optimizing capital structures, possible partnerships or a possible sale.

This announcement comes only days after earnings and projections were announced by GNC that disappointed its investors, sending the stock down by 29% last Thursday.

Revenue, sales from same stores and net income all were lower during the first quarter compared to the prior year. Management placed blame on the need of making markdowns on prices for products that were expiring and less demand for Vitapak, the company’s vitamin aimed at athletes, due to results that were unacceptable.

After talking to different shareholders, GNC made the decision to pursue a review of the alternatives available the company said Michael Hines the chairman in a prepared release.

Hines’ release said the company was in its early stages of a far reaching review and would take time to thoroughly evaluate its opportunities so the best results could be achieved for shareholders, associates and business partners.

The press release concluded by saying that while the review continued, GNC would keep acting with necessary urgency to deliver an improved performance financially through addressing the challenges in the near term and to continue executing strategic initiatives.

Stock at GNC was up 6% in early Monday trading.

Contributing to the sluggish demand at GNC is the continued series of headlines over how regulators have been cracking down on the industry of dietary supplements.

In November, the Department of Justice said that it filed civil and criminal enforcement actions against individuals and companies in that industry.

Although there was not mention of GNC in any cases, the company had recent problems with New York and Oregon attorneys generals over ingredients as well as testing procedures.

In the lawsuit in Oregon, GNC said it was made without any merit. It added that it had reached a full agreement with the attorney general in New York.

However, the negative publicity that surrounds the entire industry has had an effect on the impressions of many consumers about the necessity and safety of dietary supplements and vitamins.