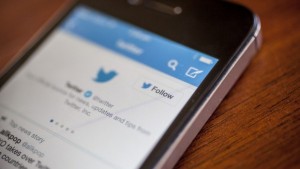 Twitter is using technology that is spam-fighting to search out accounts that could be promoting terrorist activity and is looking at other accounts that are related to those flagged for the possibility of having them removed, said the company on Friday.

This announcement demonstrates the efforts by the micro-blogging company to automatically identify tweets that are supporting terrorism, which reflect an increased amount of pressure on companies in social media to respond to the abuse in a more proactive manner.

Child pornography previously was the only abuse that automatically was flagged for review on social media. The was done through using a different type of technology that sources a known images database.

Twitter said on Friday that it also has suspended over 125,000 accounts for promoting or threatening terrorist acts, for the most part related to militants from the Islamic State.

Social media increasingly has become a tool for the recruitment as well as radicalization that is used by ISIS and supporters, who by some expert reports have sent out tens of thousands of different texts daily.

Tech companies have started dedicating more and more resources to tracking the reports of violent threats.

On Friday, Twitter said that it increased the size of the team it has reviewing reports to lower the response time by a significant amount.

The company, based in San Francisco changed its policy last April adding language to make it clearer that the promoting or threatening of terrorism specifically was considered an abusive behavior and violated terms of usage.

On Friday, the White House announced that Twitter’s announcement was much welcomed.

The White House added that it is committed to taking all action possible to confront as well as interdict all terrorist activities regardless of where they might occur, including in on the Internet, and the administration welcomes the constructive steps from private sector partners.

The White House in January made good on a promise by President Obama to reach out to those in Silicon Valley to help tackle the use by the extremist groups on social media.