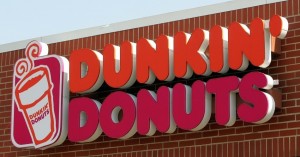 Dunkin’ Brands Group Inc has reported a sales drop at its established Dunkin’ Donuts restaurants in the U.S. as its price increases and an intensified competition lowered the number of customer visits.

The company, which owns the chain of ice cream stores Baskin-Robbins, said during October that franchisees increased prices 3% to help offset an impact of minimum wages being increased for workers.

The all-day breakfast launch by McDonald’s during October and a number of offers for a limit time by rivals like Burger King and Wendy’s may have hurt traffic at the Dunkin’ Donuts during the quarter, said Wall Street analysts.

Sales for stores that were open for a minimum of 18 months were down by 0.8% during the fourth quarter that ended on December 26, in comparison with the same period one year ago.

Analysts were expecting established stores sales to increased 0.8%. The outlets of Dunkin’ Donuts in the U.S. account for over 75% of its compete revenue.

Close to all the 11,700 Dunkin’ Donuts and more than 7,600 Baskin-Robbins stores are owned as well as operated by franchisees.

Dunkin’ Donuts Brand said it posted an impairment charge of $54.2 billion that was related to its joint venture in Japan.

Excluding certain items, the business had per share earnings of 52 cents, which was above the average analysts’ estimate of 50 cents.

The forecast by the company for 2016 comparable sales in the U.S. is for an increase of 2% at Dunkin’ Donuts and between 1% and 3% in Baskin-Robbins.

Dunkin’ Brands announced that it expected its sales for the full year to grow by between 4% and 6%, which works out to between $843.4 million and $859.6 million. Analysts had been expecting $852.1 million.