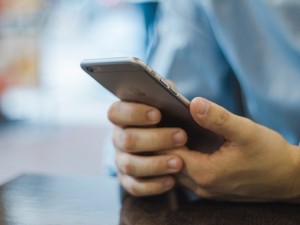 India has signed up its one billionth customer for mobile phones joining China as the only two countries that have crossed that threshold.

However, the base of one billion might not be sufficient to keep the wireless industry from struggling. The third largest Asian economy is crowded with 12 or more wireless carriers, more than in any country with spectrum difficult to come by and there are high regulatory risks.

Add that all up and it is not surprising that lower profitability is delivered than operators enjoy in other areas of Asia, said one Wall Street analyst.

A telecommunications analyst in Hong Kong said too many carriers are fighting limited spectrum. In comparison, in China, 1.3 billion subscribers have only three operators to choose from.

The government of China allocates the spectrum on an as needed basis, and there is no cost to operators. Because of this, operators in China receive scale benefits that operators in India cannot achieve.

Carriers in India are preparing for difficult times moving forward as the richest tycoon in the nation Mukesh Ambani is preparing to enter the fray early in 2016 with the launch of his Reliance Jio Infocomm $15 billion 4G service.

Sunil Mittal, a billionaire heads Bharti Airtel Ltd the current market leader warned recently that the entry by Ambani could shake the telecommunications industry up and force the smaller companies to leave or to merge with the bigger ones.

With the competition reducing the call rates to new levels that are amongst the world’s lowest, average profit margins , that are measured in earnings prior to taxes, interest, amortization and depreciation, have fluctuated between 35% and a negative 50% over the last five years, showed data form an analytical company.

That is in comparison with an average of 42% in Asia. Returns on capital invested are much lower, as well in India than other markets in the region.

Nevertheless, Ambani plans to make  a big splash in the industry during a time Indians are in early periods of transitioning to speedier, efficient 4G services that are already prevalent in the U.S., Japan and Europe.