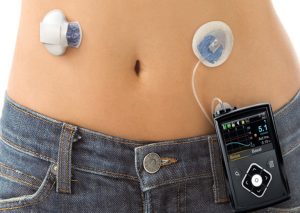 The U.S. Food and Drug Administration has approved the sale of a device that is a substantial advance toward an artificial pancreas for patients with Type 1 diabetes.

This insulin pump, which has been long awaited, has the goal of taking some guesswork out of controlling the blood-sugar level. The product designed by Medtronic PLC and known as MiniMed 670G is a combination of two devices that are attached to the body of a person.

A pump delivers the insulin through a tube that is inserted beneath the skin, and the device’s sensor monitors the level of blood glucose.

The monitor then tells the pump if it has to increase or decrease the flow of insulin to keep the blood sugar of the person in a range that is healthy.

The device is not 100% automated, as users must enter their estimated carbohydrate intake for each meal, and adjust the sensor two times each day by making finger prick tests to measure their blood sugar.

However, doctors as well as patients said the MiniMed was a big breakthrough that would improve the control of glucose levels, reduce the complications and less constant worry of trying to control Type 1 diabetes.

One doctor who is an endocrinologist said the approval by the FDA was a big move forward even though patients will need to still take care of their health and diabetes and learn how to operate the sensor and pump.

A trial that involved 124 diabetes patients who used the MiniMed for a period of three months, reported no severe hypoglycemia episodes or ketoacidosis a metabolic complication, which are two serious Type 1 diabetes complications, according to the results recently published in an online medical journal.

However, 28 events that were device related took place during the trial including issues with software or hardware that were taken care of at home, the authors of the study said.

The FDA approved this product for the treatment of Type 1 diabetes for people 14 years or older. The regulatory agency carried out the review in less than four months, which is a speedy pace that was called unusual by both Medtronic and others.