Bristol Myers Says Opdivo Did Not Meet Endpoint in Study 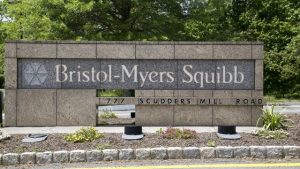 The surprise failure of a cancer drug in a clinical trial slashed over $20 billion off the market value of Bristol-Myers Squibb on Friday, and increased the questions about one of the hottest research areas of the industry; drugs that are able to harness the immune system of the body to fight against cancer.

Bristol-Myers announced that the drug, known as Opdivo, was not significantly better than was chemotherapy in the study of patients that had been newly diagnosed with lung cancer. The result, which was highly unexpected, sent shares of the drug maker down by over 16%.

The pharmaceutical giant was counting on the trial to have positive results to help widen its lead in the new, lucrative market for immunotherapies for cancer.

It also signals some fresh limitations for this expensive group of drugs that were widely expected to improve cancer treatment and to drive the sales in the industry and profit for many years.

The drugs have shown impressive results across prior studies in certain types of tumors. In one particular study, close to 40% of patients with skin cancer taking a similar drug by Merck were alive three years following the start of treatment.

The median rate of survival for those types of patients prior to the immunotherapy drugs was less than one year. In another clinical study, patients with kidney cancer who were taking Opdivo had an average survival rate of 25 months from the beginning of treatment, versus close to 20 months in comparison to those who took a drug from before.

However, even those trials had many patients that did not receive any benefit from the new immunotherapies.

The recently failed study for lung cancer underscores the challengers in growing immunotherapy beyond the patients who are benefitting now, the goal of many companies that are now developing such medications.

Opdivo, which has a cost of $12,900 per month per patient, was approved initially for the treatment of melanoma back in 2014.

Regulators in the U.S. have expanded steadily the uses of Opdivo to include those patients that have lung cancer that was worsened after taking chemotherapy, and patients with a type of kidney cancer and lymphoma.

Many analysts expected that Opdivo would show a benefit in those patients newly diagnosed with cancer of the lung.