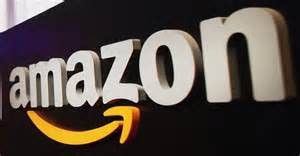 Customers with Amazon Prime in Seattle can now have one-hour delivery on thousands of different products including everything from napkins to televisions including wine and beer.
Amazon’s speedy service of delivery with one-hour is now in Seattle, where the company is based.
Prime Now is now available for thousands of Amazon products that customers can purchase online through the website of the e-commerce giant.
Customers who live in Seattle as well as in the neighboring Kirkland, Redmond and Bellevue, Washington zip codes can now choose the delivery option of one hour, announced the company.
Prime Now is only available to customers, who have Amazon Prime and pay a yearly subscription fee of $99 to have two-day free shipping, access to Amazon’s video streaming service and a myriad of books through its Kindle Lending Library.
Prime Now has proven to be a convenience for people who want to purchase last minute gifts or as the company says the daily essentials that people need but want to remain at home to purchase.
The deliveries for Prime Now are made daily from 8 am to 12 am. Subscribers to Prime Now can receive free delivery of two-hours, while the charge for one-hour delivery is $8.
More importantly for the company, Prime Now gives the company another method of competing with the big box retailers such as Best Buy, Target and Walmart.
Customers purchasing online from those other companies are able to order and within a few minutes run to the store and pickup their orders. Amazon announced that it could offer similar conveniences and boost it slightly by allowing its customers to skip traveling to the store.
Amazon has slowly ramped up its delivery service Prime Now. The service was launched officially in December across parts of New York City and since has come to other cities in the U.S. The company launched in July Prime Now in Indianapolis and Chicago.