Sears Reports Profit for the Quarter But Sales Drop 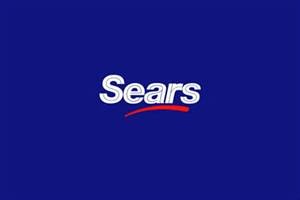 Sears Holding Corp reported its first profit for a quarter in over three years Thursday due to a gain that was one and off from sales of many stores. However, sales at the struggling retailer continue to drop at a clip of double digits.

The return to a profit and the drop in sales was mentioned early in August in a preview of earnings by the company, which operates the Sears stores and the Kmart chain.

Sears Holding sold 235 stores and its 50% interest in three mall operators to Seritage Growth Properties a REIT for $2.7 billion during the three-month period. The REIT leased the stores back to Sears.

Sears is expecting a gain of $1.4 billion from the transaction. Of that, it has booked $508 million in a gain for the second quarter that ended August 1, with the remainder to be recognized over the terms of the leases.

The result, which marked the first profit for the company since April of 2012, was at its high end of a range of $1.49 to $1.91 the company had expected in its preview in early August.

The deal replenished the depleted coffers of Sears with its balance of cash increasing to $1.8 billion from only $250 million back in January.

The infusion should buy the retailers some time as it seeks a revival strategy revolving around a loyalty program while narrowing its overall footprint to only its stores that are best performing.

Comparable revenues, at its stores that were open 13 months or more were lower by 10.8% in part because of shrinking its consumers’ electronics business. Total revenue dropped by 22.5% to just over $6.21 billion.

Sears said adjusted earnings prior to tax, interest, depreciation and other special items was a loss of just over $200 million for the three months, which was smaller than the loss of $298 million for the same period one year ago.