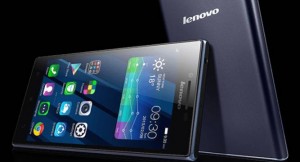 Lenovo Groups announced on Tuesday it would establish an assembly unit for smartphones in India, becoming the largest company from China thus far to respond to Narenda Modi the Prime Minister’s campaign of turning India into a powerhouse of manufacturing.

Partnering with Flex a contract manufacturer, which was known previously as Flextronics, Lenovo announced through a prepared statement it was working on a new assembly line in Chennai a city in southern India.

Using parts that are imported, it would have yearly production capacity that exceeds 6 million smartphones with employment of as many as 1,500 people.

Production of MoteE its smartphone range has already started, added the company.

Eager to grab a bigger slice of the smartphone market share the third largest market in the world, and counter the accelerating inflation of wages at home, China’s manufacturers of smartphones have been quick to grab opportunities that Modi’s campaign of Make in India has made possible.

Xiaomi another China based smartphone maker, earlier this month announced it would join forces with Foxconn a tech giant based in Taiwan to start the assembling of its phones in India.

Foxconn has also invested more than $5 billion in Maharashtra. It has yet to say what it would be manufacturing there, but a local insider told an anonymous source that the company was negotiating with Apple to manufacture iPhones there.

India is currently the fastest growing market for smartphones in the world, but thus far has lacked strong suppliers and an infrastructure that have hampered the efforts of manufacturing phones there, which has forced most of the over 100 different smartphone makers to import from Taiwan and China.

India has become a bright spot of China-based Lenovo, the biggest PC maker in the world, which has struggled with its acquisition of $2.9 billion for Motorola’s handset division. Its losses in the division became a key factor behind the halving of net profit at Lenovo during the most recently ended quarter.

In India, Lenovo is the only company based in China that is amongst the top 5 in vendors of smartphones with over 6% of the market with its Motorola and Lenovo brands.