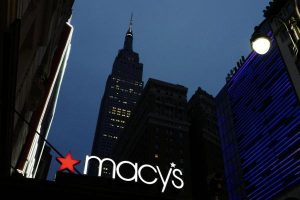 More than 10,000 jobs will be cut by Macy’s and the department store chain detailed plans to shuttered dozens of its stores, following another poor holiday season for sales, providing additional evidence that the department store is no longer an integral part of American retailing.

As with its rival Kohl’s, which warned on Wednesday of poor holiday sales as well, Macy’s has not solved the shift by the consumers to shopping online.

Macy’s will shutter stores from Bangor, Maine to San Diego, California and use its savings to increase efforts to grab more of the e-commerce market.

Department stores have a number of challenges given their size and the dependence they have on brands, which now have retail stores as well as online sites that complete with the department store chains.

On top of cutting 3,900 jobs and shuttering 63 stores during this spring, which was a plan announced this past summer that will close nearly 100 locations, Macy’s is eliminating another 6,200 jobs to makes its operations more streamline.

This will enable it to invest additional monies in its digital efforts as well as other growth areas that include expanding beauty outlets such as Bluemercury and it off price locations known as Macy’s Backstage.

Analysts are expecting that the just completed holiday season sales will be strong for retailers in the U.S., helped by an increase in wages, lower prices of gas and increased employment.

The National Retail Federation is expecting an increase in retail sales of 3.6%, compared to last year’s gain of 3%. However, much of that growth is online.

An online research firm estimated that spending online increased by 19% during the just completed holiday season in comparison with a increase overall of 4% in retail spending.

Kohl’s warned on Wednesday that is holiday results had been weak. The department store chain said sales were down 2.1% for November and December, compared to last year. The retailer, which has more than 1,100 stores, lowered its targets for profit for the ongoing year.

Kohl’s shares plummeted 15% during late Wednesday trading, while shares of Macy’s were down over 10%. This news also put pressure on other retailers as both J.C. Penney and Nordstroms were both lower.

Macy’s announced a decline in sales of 2.1% for its comparable sales in November and December. Assuming its business does not increase in January, it would mark the eighth straight quarter that sales at Macy’s declined.