Newell Rubbermaid To Acquire Jarden In $15.4B Deal (NYSE:NWL) 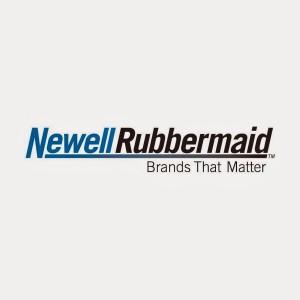 The combined company will be known as Newell Brands. Under the terms of the deal, Jarden shareholders will receive $21 in cash and 00.862 a share of Newell Rubbermaid stock for each Jarden share, for a total of about $60 a share based on Friday’s close. Jarden shareholders will own 45 percent of the new company. The deal also includes debt that converts to equity. The transaction is expected to close in the second quarter of 2016.

Martin E. Franklin, the founder and chief executive of Jarden, will be a director of the combined company and will be among its largest individual shareholders. Mr. Franklin owns about 6.7 million shares of Jarden, which is worth more than $400 million at the deal price of $60 a share. Shares of Newell fell 6.9 percent to $42.15 a share on Monday, while Jarden’s rose 2.7 percent to $54.09.

Jarden began as a home-canning unit that was spun off from Ball Corporation in 1993. Previously known as Alltrista, Mr. Franklin and Ian G.H. Ashken took control of the company in 2001, renaming it Jarden. Since then, Jarden has made over a dozen significant acquisitions and now houses 120 brands. Mr. Franklin indicated that he would be willing to consider a transaction for the company at the end of the summer.

The larger scale from combining the two companies could help with negotiations with retailers and suppliers. Due diligence on a potential deal reportedly began several weeks ago. News of the talks broke about a week ago.